Where It All Started

Where It All Started-Goals Realized

I love music.  I love it in the morning, afternoon, evening, any time the mood hits me.  It’s such a large part of my life and always will be. I grew up on rock and roll and it has greatly influenced my life from friends to girlfriends to time alone.  I can still remember hearing “The Battle of New Orleans” by Johnny Horton, when I was eight years old, and my brother and I wearing out the grooves by playing it time after time.  It was such a great tune and my brother told me years later that he heard The Grateful Dead do it in concert. Who would have thought? There were others, “Romeo and Juliet”, “Don’t Walk Away Renee”, “Unchain My Heart”, that woke you up and you felt the freedom of the music.  My first live concert was “The Young Rascals” in 1965 and I still remember the pure intensity of the music, the crowd reaction, and sitting frozen in my seat because I could just not believe how good it all was.

The music and the shows just got better and better and now when friends and l reminisce we look back on these times as some of the best of our teenage and young adulthood years. 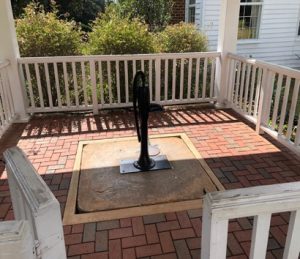 A few years ago, my son gave me a DVD entitled “Muscle Shoals” that I have shared with others.  It is the most incredible story of Rick Hall, who I never knew existed until I watched the DVD, and all that occurred at the Muscle Shoals sound studios in Muscle Shoals, Alabama.  It is a story of dedication to your dreams, not only by Rick, but also by his studio musicians (who came to be known as the Swampers) and all of the artists that came through the studio.  Rick’s hard, hard, childhood can only be envisioned, and for a time, in young adulthood, he lived out of his car. I am greatly simplifying his tragedies and the only way to really understand his hardships is to view the DVD.

He played iconic roles in the lives of Percy Sledge, Aretha Franklin, The Rolling Stones, Wilson Pickett, the Allman Brothers, and the list goes on and on.  And through all of them, to so many of us. He achieved and lost, achieved and lost, but never gave up his dreams and the hard work to make them happen. It’s a classic American story that makes you realize the opportunity this country provides, which we sometimes dispel or forget.

After watching the DVD multiple times, my “gotta go” genes kicked in.  To visit a place that created so much elation in my life, with the songs still resonating, was a simple decision, but the how, given the location, and the when, just given other demands, seemed like a far-off endeavor.  But when friends in Nashville and friends in Mississippi invited us to visit last month, the opportunity became available. Muscle Shoals was a mid-point and the now the previously possible goal became a reality.

In researching the area, we discovered that Helen Keller’s home, Ivy Land, was a mere four and a half miles from Muscle Shoals.  Another life story of overcoming incredible odds with dedication to a dream, just around the corner from Muscle Shoals. The parallels are classic and the driving forces of passion and dedication in lives so different, but so very focused, speak volumes to the roles of desire and goals to extend and improve yourself.

So, we toured Ivy Land, saw the fountain where Helen received her inspiration and then drove five minutes to see the recording studio “Where It All Started”, just like it says on the building.  It’s right next to a deli and a gas station and if you turn your head for a second, you’ll miss it. When you pull in the lot, there are maybe six parking spots and I don’t know where you would park if they’re full.  The building is small and the studio is small, but so large in so many people’s lives due to one human trait – dedication.

What if Rick or Helen had given up on their dreams?  They both surely had a right to, given all of their tragedies.  And how different our lives would be if they did! But something kept pulling and pushing them and it gave them purpose to drive through all of the obstacles that were thrown in their way.   Helen Keller’s birthplace is only two towns away and maybe Rick got his power and endurance by focusing on her tragedies and dedication. We’ll never know. But thanks Rick, thanks Helen, thanks Swampers and thanks to all the artists for pushing and pulling and reaching your dreams.  We wouldn’t be the same without you. You have given us, and those who follow us, the knowledge that dedication and goals, and the freedom to achieve them, are key to lives challenged and then realized.

The same is crucial to your retirement.  Stay focused, drive hard and realize your goals and desires.  You have multiple stories to emulate, so make yours one of them.